We imported our new Sportina 680 into Fremantle Western Australia,via the UK , in July 2005. It came via car transporter and we had no problems at all.
Our most recent trip was to Shark Bay, which is about a 950 kms road trip from home. We sailed in company with friends on three other trailer sailers.
The trip was for four weeks - from mid April - which is late autumn in this hemisphere, and sailing conditions overall were great (only 2 days of strong winds, around 25knots). The remainder of the time was perfect sailing weather with temperatures in the high 20s Celcius.
Due to the very shallow nature of the waters in most areas, it’s ideal for trailer sailers and shallow draft boats. Lots of sheltered anchorages and bays to explore.
It’s quite an isolated area, so we took enough water,food etc to last three weeks and we did re-provision at Denham, which is on the Peron Peninsula and is the main settlement of the Shark Bay area, on Australia’s Coral Coast. Australia’s most westerly town sits opposite Dirk Hartog Island and is the first place that Europeans visited on the mainland. Following the arrival of the Dutch in 1616, English explorer William Dampier sailed into Shark Bay in 1699 on his second voyage to Australia, naming the area after the abundance of sharks he saw.
Hope this is of interest to you and if anyone would like any more info, please contact us on email adress 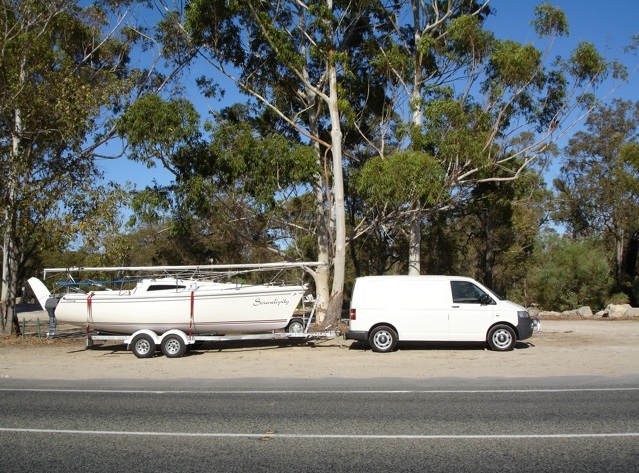 On the road to Shark Bay 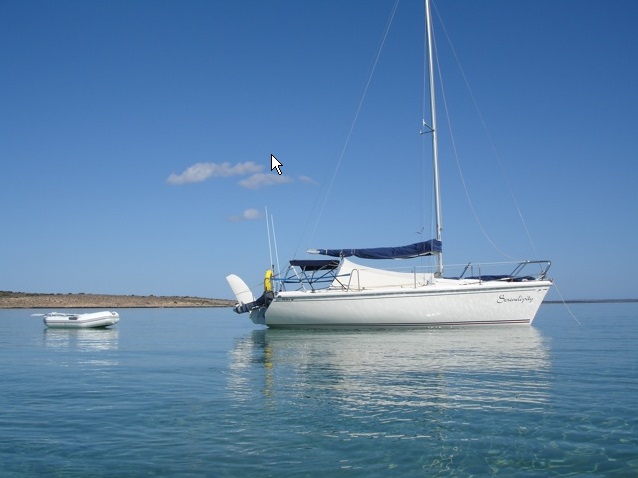 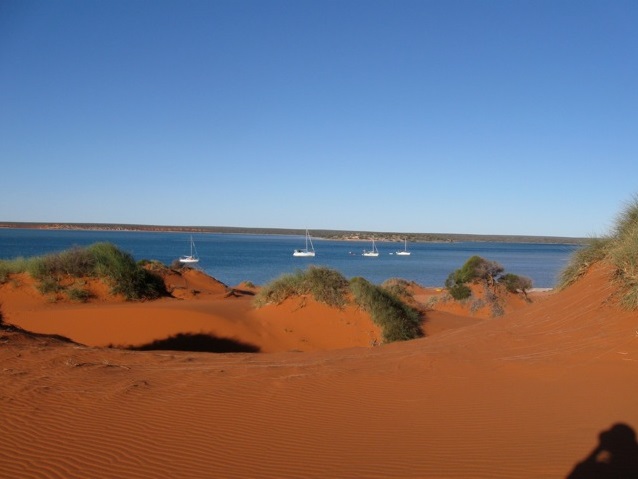 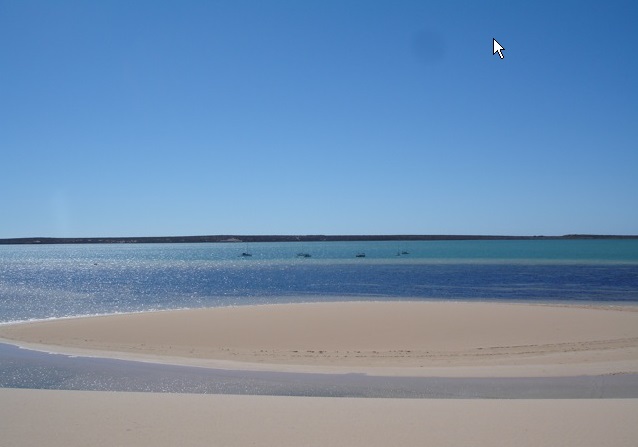 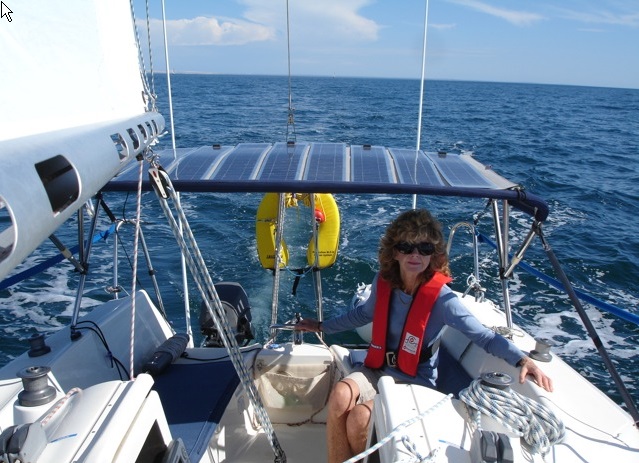